The comic Scandinavia and the World is my favorite. It is epic hilarious and awesome.

You must read it, you’ll be crying yourself silly for more.

This strip, about the lions on the coat of arms of the countries is by far my most favorite. EPIC. 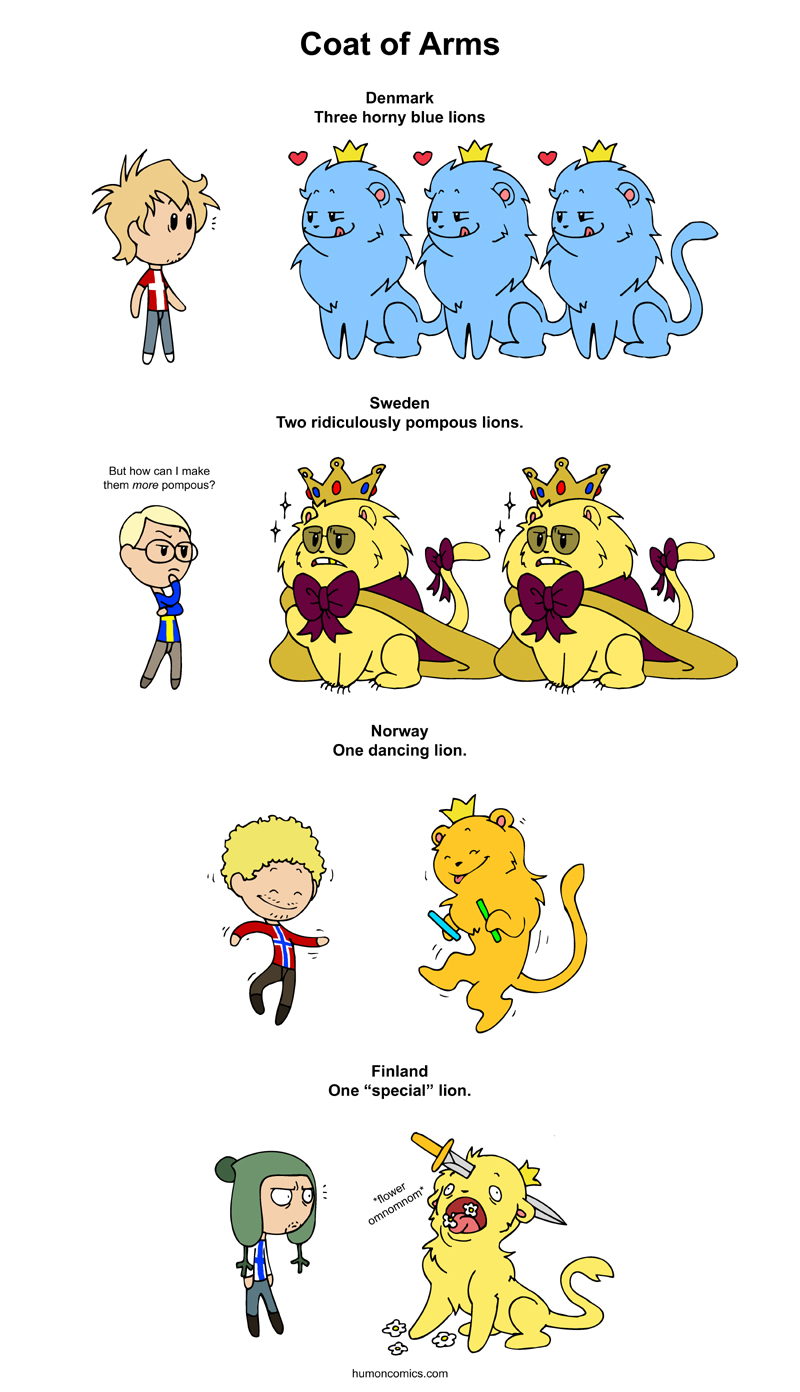 The real coat of arms in Scandinavia