Tuesday morning was just like any other morning in my second year of college. I had an annoyingly early class at 8AM, albeit very fun – Hindi, followed by a full day of classes to end around 3.30PM.

I normally would wake up around 7AM, do my hair and makeup, wear something stylish (something which could not be said for the rest of the 30,000 campus population) and eat Special K and watch the news on a tiny 15inch tv.

That morning, I woke to terrible dreams. Instead of watching tv, I ate breakfast and in a hurry made the hike to Hindi class at Dwinelle Hall.

Class started at 8.10AM. At 8.15AM, our professor asked if there was an update. There was. “I heard the World Trade Center has fallen. Planes flew into it.” It was true, but no one could believe or know it was true, we didn’t have access to a TV in that classroom. 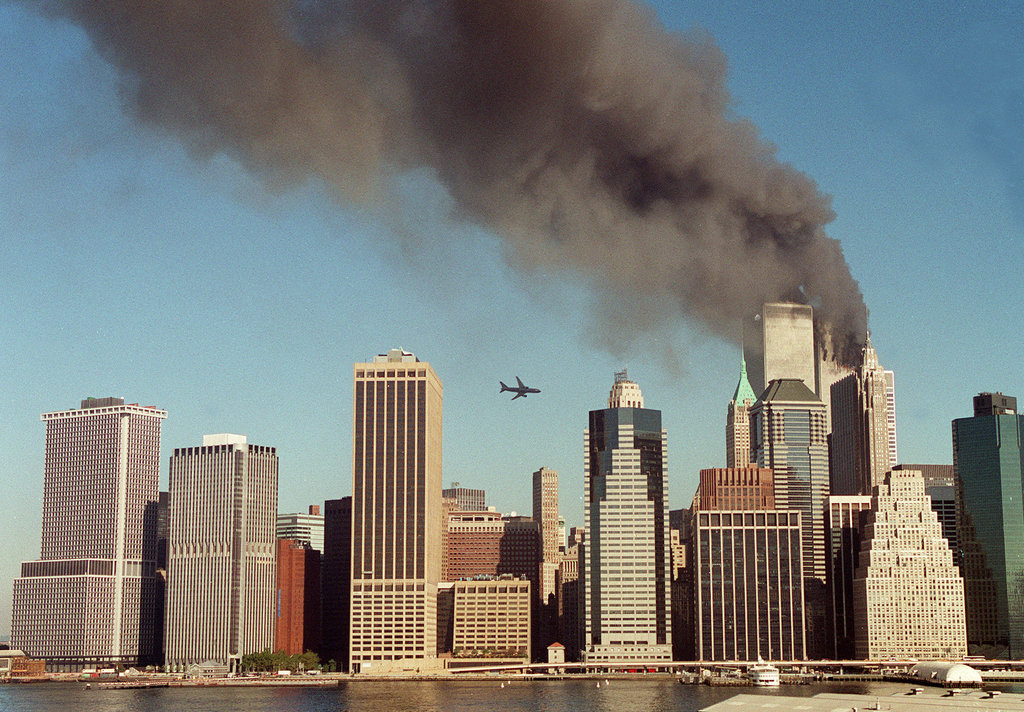 At 9AM when class ended, we all ran out to the main lecture halls in Dwinelle. Students and faculty had set up live feeds from CNN into the largest lecture hall and in smaller rooms. The voices of CNN anchors boomed throughout the corridor.

“It appears the United States is under attack.”

“This video footage is horrifying.”

“At 10:28 this morning, the North Tower of the World Trade Center Collapsed. One hour before, its sister building collapsed.”

“The United States has just announced the closure of US airspace for any and domestic and international flights. It is advised to stay home and not travel until further notice.”

Our minds were in a whirlwind. California may believe it is the beautiful, offbeat daughter of America, but she was a bit slow to catch up on reality. Three hours slow and a continent away from the capital and financial centers of the country.

I ran to my 9:30AM class which happened to be about mass communication. We spent the hour watching feeds and the professor discussing it. The irony was, no one understood the calamity of what happened.

After class, I call my parents who informed me everything was essentially a lockdown on the East Coast. Dad returned home from work early. Friends in Jackson Heights, NY were okay but switchboards across the nation were jammed.

It was psychedelic. In a city that propelled the use of illicit substances to trip out and “be a color,” we all across America were tripping out on the news and the potential ramifications.

Are we going to war?

How many people are dead?

I attended my last class in Geography from 2:00-3:30PM. Our professor took attendance was a primadonna. He said what happened today “was no big deal” and no is allowed to leave the class early. He was an ass who was clueless.

The remainder of the day, I watched TV. It was devastating to watch the city I visited throughout my childhood covered in ashes and fallen glass and souls. My life was and is, belonged to the East Coast, not California.

When President Bush addressed the nation in the early evening for California, it was a definite sign of him pulling together and being the president he needed to be.

Two years later we entered a country that had nothing to do with Al Qaeda. In fact, Al Qaeda did not exist under Saddam Hussain’s regime because if anyone is going infiltrate his country and take his people, it’s going to be his own Baath party.

On that fateful day in April 2003, I was living France and at the internet cafe when students started screaming, “we got him, we got him!” “Who?” “Saddam, that motherfucker was hiding in a bunker.”

Wow, is the war over then? Do we go home? Will we stop seeing dead American soldiers in caskets being loaded onto American cargo planes and dropped off like luggage?

The news shown in France and Europe was tragic, depressing, and violet. What Americans saw on TV was G rated or on occasion PG rated. There was the rhetoric of freedom fighting and fighting the good fight regardless if people disagreed. American television was polarized; the Murdoch empire broadcasted the washed up patriotic, good American fight. The most any America saw were heated debates between the war hawks (those who supported the war) and blind doves (those who disagreed with an Iraqi war and were as a result, unpatriotic and treasonous).

On television in France, I saw a war that had no chance to end. That no amount of “known knowns and known unknowns” would save the lives of our American men and women and destroy Al-Qaeda.

Nothing really mattered though. Truth was overrated and security paramount. Stripping rights of Americans became the norm (the librarians rebelled to submitting information to the government). Those of brown colored skin and hard-to-pronounce names with funny hats were outcasted in what became the next wave of hatred towards immigrants. We did it to the Irish, the German, the Japanese, the Chinese, and now it was the Pakistanis, Indians, Sri Lankans, Afganis and Iraqis all rolled into one. We were the same to the news media and the lackadaisical Fox News addict.

My country lost all sensibilities and rational and turned against its own. Our sentiments were overwrote by fear and ignorance. Our soldiers, mainly young men, fought tour after tour, only to know the Bush administration wanted to exact cuts on their armor budget and ship soldiers by cargo.

For the future, I hope we can come to reconciliation with Iraq and Afganistan. That we allow them to build democratic countries with the assistance of the UN and America. That we educate the Americans on Islamic communities and religion. That not every burka is a bomber. That not everyone who dissents is unpatriotic. And that not every country is immune to terror.