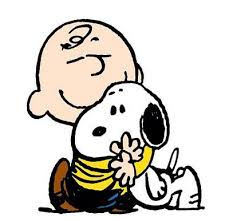 Real life has it that happiness is a combination of money, health, education, wealth, and the occasional blond girl. Danmark, full of blond girls that also happens to be a country with a healthy and educated population placed in at number one as the happiest people on Earth in a study released by the Journal of Personality and Social Psychology. The poll was conducted by Gallup World Poll and questioned 136,000 people between 2005 and 2006 in 132 countries.

If you happen to live in the Nordic Region (sorry Iceland, that volcano doesn’t bode well) or in Central and Northern America, you should be a happy person. Not a happy person because of the insufferable winters in the arctic regions? Then you screwed up pal, because the Danes, Swedes, Norwegians, Finns, and Canadians love their snow so much they are damn happy people (I have 42 reasons and an awesome Swedish house to prove it).

The 2006 World Happiness Map from WHO

Of course, Danes also have the highest amount of burnout and psychological problems in the world but we will ignore that. After all, the Danes seem to be happy about a messed up work force and their Carlsberg beers.

17 thoughts on “The World’s Happinest Nations: Damn You Denmark!”