A few hours ago the British court granted Sweden the right to extradite Julian Assange on sexual molestation and rape accusations. Assange in return called the accusations “incredible lies” and called Sweden “the Saudi Arabia of feminism.” Assange’s lawyers will naturally, appeal the British court decision. And naturally our joke that dating Swedish women was hard enough, it just got a bit harder for the men out there. The poor Swedish men. 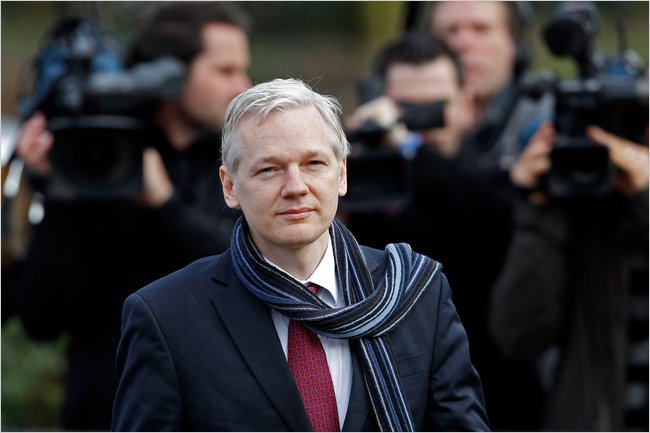 Supporters of Julian Assange call this an attack on his personal rights and is a form of intimidation to push back his work with WikiLeaks. I wrote a few months ago that the Assange rape accusations are coincidentally coinciding with the Wikileaks release of thousands of diplomatic cables. Pickled herring are either suffocating prosecutors’ common sense or they are raising true false flags.

Whatever may happen, Sweden’s public image will take a battering as not the defender of women’s rights, but as the defender and ambulance chaser of questionable accusations. With violent crimes and petty theft crimes on the rise in Sweden, while solving cases remains flat, it is questionable as to the real intentions of the charges against Assange.

And perhaps Assange is a smart man who is making a farce of the Swedish justice system and did indeed commit these crimes. Like many rape cases, there is little proof and in this case, there is almost no proof of criminal intent. The women admitted, even posted online, of their escapades, held parties after the incidence and later on, accused him of non-casual acts. Burden of proof is limited and unlike Roman Polanski, Assange does not have a history of illicit relationships.

With national securities, defense departments, human rights activists, sexual rights activists in the ring, some Swedish feminists have joined in too, against Assange. The Swedish gender fight goes far beyond the standard dollar for dollar and entrance into the C-suites (executive offices); it’s moved towards the finer lines of feminine advertising, the right to be topless, and even the institution of a father walking his daughter down the wedding aisle. This case will be a litmus test to the strength of feminists in Sweden.

Though the legal system of precedence does not exist in Sweden, the eventual outcome of the case will be interesting to see the impact of the future of not just women’s rights but sexual rights.